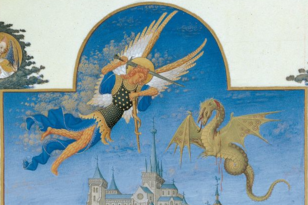 In an article in De Andere Krant, a Dutch conspiracy weekly, Theo Schetters makes various claims about COVID-19 vaccines, and in particular, shows a graph which suggests a causality between the second COVID booster and mortality. The article was written by Karel Beckman, editor-in-chief of De Andere Krant, but it exclusively quotes Schetters (together with two unnamed physicians).

Previous debunks (in Dutch) have appeared of this article by Chi Lueng Chiu, Fenna, and René Smit. We’ll gratefully use arguments put forward in those debunks.

What is De Andere Krant?

De Andere Krant is a Dutch weekly that was founded in 2018 and which dabbles in various conspiracy theories, especially medical conspiracy theories and antivax conspiracies. It also promotes 9/11-trutherism and climate change denial. The paper is also heavily pro-Putin, supports his invasions in the Crimea and the Donbass, and takes the Russian party-line in the MH-17 file.

Who is Theo Schetters

Theo Schetters worked 26 years for Intervet and developed a vaccine for dogs against babesia. After being laid off, he worked as a consultant in the area of vaccine development against parasites, and as a part-time professor at the University of Pretoria. See my biography of him in Dutch.

During the corona crisis, he first came to prominence with an interview for the conspiracy channel BlackBox on 7 January 2021. In this interview, he cast doubt on the COVID RNA-vaccines, and quoted Andrew Wakefield to this effect. See my debunk of this interview in Dutch. Since then, he has further radicalized. In late December 2021, he published a non-peer-reviewed article that tried to pin COVID vaccines as a cause of the excess mortality, together with the creationist mathematics professor Ronald Meester and with Wouter Aukema, a person without any scientific track record whatsoever.

The Graph in the article

In the article in De Andere Krant, the following graph was depicted that Schetters made:

As you can see, there seems to be a strong correlation between the red and blue lines, especially between weeks 10 and 15. In the article, Schetters suggests that the immune system would be overloaded and then people nearly immediately die from a vaccination. This is utter nonsense: this is not how the immune system works. We’ll get to that in the points below.

There are several major problems with the graph and the suggestion of a causation.

Vaccination is not lethal

This is a second booster

Consequently, for most people, this was a second booster vaccination. All people who got this vaccination already had built up base immunity in the form of memory B-cells and memory T-cells, and so their amount of specific antibodies was boosted as well as the amount of specific cytotoxic T-cells.

Repeated boosting doesn’t lead to “immune system fatigue”. There is no such thing as “fatigue”:

It’s not entirely clear what “immune system fatigue” is, since it’s not a technical term, but in immunology there is a concept known as T cell exhaustion, which is when immune cells known as T cells stop functioning normally after being continuously stimulated by antigens, such as those from a virus or tumor.

Wherry, who studies the phenomenon, said that exhaustion occurs only if there’s no rest or no break in between antigen stimulation — which is not the case with periodic boosters.

Another unlikely aspect of this correlation is that death would follow almost immediately after vaccination. People literally would have to die upon leaving the vaccination station for this correlation to be a causation. That is bizarre. Even immunocompromised people who get infected with COVID-19, don’t die on the spot, but somehow, these people who only get “infected” with the spike protein would do so.

If this graph would represent a causal relation, then about 1 in 500 vaccinated people would die, and almost immediately. That amount is so high, it would certainly have been noticed by someone.

This last problem really is the death knell for Schetters’ unlikely claim. If there were a causal relation, the correlation between the red and blue lines would hold up in any age cohort. René Smit in his debunk split the numbers in four age cohorts: 50-64, 65-79, 80-89 and 90-up, and plotted the graphs for these cohorts:

As you can see, none of these four age cohorts shows any correlation, and therefore, there is no causal relation.

Schetters’ claim is false. As argued in the first four problems with this claim, the claim itself is very unlikely and extraordinary. As the late Christopher Hitchens put it: extraordinary claims require extraordinary evidence. But instead of providing any evidence, Schetters did not even check whether the excess death were in the same age group as the vaccinations.

In the article, Schetters first complains that the Dutch Statistics Bureau CBS does not take into account vaccination as a possible cause of death.

Schetters then refers to a study performed by the Dutch Statistics Bureau CBS together with the Public Health Agency RIVM on (excess) mortality in the years 2020 and 2021. This study was initiated because the processing of death certificates by the CBS takes a couple of months and because of public anxiety about unexplained excess mortality. This study “Sterfte en oversterfte in 2020 en 2021” was published 23 June 2022.

On top of that, the booster vaccination campaign had a slow start. After 3 weeks, only 58% of the people 90 years and older had been vaccinated:

So, Schetters tries again to establish a link between vaccination and mortality, which he failed to achieve in his unpublished paper with Meester and Aukema.

Next, Schetters severely misrepresents the findings of this CBS/RIVM report. He claims the report says it was too limited to make conclusions about a relation between vaccination and death. That is a bold-faced lie. In section 2.3, page 8, the report explicitly says that this was one of the research questions:

To what extent did vaccination contribute to the mortality in 2021?

Chapter 6 of the report is entirely devoted to this question. It concludes with:

which says that in the first weeks after a COVID vaccine, the risk of a non-COVID death is equal or smaller than in the weeks before vaccination, in all age groups as well as for people in nursing homes. So, instead of saying they had insufficient data, the report emphatically says they looked for a relation and couldn’t find it.

What Schetters does not mention, is that the same report concludes in section 5.5, that there was a high vaccine effectiveness: over 90% directly after the base vaccination, decreasing to about 60-80% later on, and again up to over 85% after the booster vaccination.

Next, Schetters claims there would “again be signals that vaccination may be a factor in mortality”, which refers to the above discussion on the graph.

Schetters makes an ironic remark in this respect:

There may be insufficient data publicly available to prove Schetters’ claim, but there sufficient data is publicly available to disprove it, as we’ve shown above with the split into age cohorts. Also, this non-public data would be available to CBS and/or RIVM for a followup to their excess mortality research project. Schetters also makes the questionable assertion that this lack of detailed data would be the reason people are not interested in pursuing this correlation; as we’ve argued, a causal relation is very unlikely for various reasons.

The article then claims that “more and more scientific articles appear” that report serious adverse events and death from vaccination. However, the link is to a handful of case reports that all report a possible causal relation.

Schetters then goes on to mention the preprint by Doshi et.al., “Serious Adverse Events of Special Interest Following mRNA Vaccination in Randomized Trials”, which already has been heavily criticized online because of methodological flaws, e.g. by David Gorski, Harriet Hall, and Jonathan Howard, who bluntly puts:

Dr. Peter Doshi, an associate professor of pharmaceutical health services research, is familiar to readers of SBM as someone who starts with the premise that vaccines are unsafe and ineffective, and then works backwards to find the evidence.

In other words: the conclusions of Doshi’s article are the result of deliberate manipulation to reach the desired result.

Schetters goes on to claim that EMA has recommended to limit the number of boosters per person per year, because too many boosters could either overload or wear out the immune system.

I could find no evidence at all of such a recommendation. On the contrary, the EMA has recently, 11 July, updated its recommendation on a booster, to give it to a wider group:

The European Centre for Disease Prevention and Control (ECDC) and the European Medicines Agency (EMA) are recommending that second booster doses of mRNA COVID-19 vaccines be considered for people between 60 and 79 years old and people with medical conditions putting them at high risk of severe disease.

In April 2022, both agencies recommended that people over 80 years of age be considered for a second booster. However, the agencies noted at the time that it might be necessary to consider second boosters in people between 60 and 79 years old and vulnerable persons of any age if there was a resurgence of infections.

In other words, the EMA is fine with recommending a booster whenever there is a need from medical and public health perspective, and there is no indication the EMA would put a limit on the number.

Next, Schetters continues with his theory of “immune system fatigue”, which we’ve already dealt with above.

As a last theory, Schetters puts forward that people with a strong immune response against the SARS-CoV-2 spike protein, would develop an auto-immune reaction. He provides no evidence at all how this would work. This theory, too, seems to be pure fantasy. Schetters already used the fear of auto-immune reactions in his first interview of 7 January 2021.

Letter to the authorities

Schetters has sent a letter outlining this, together with two unnamed physicians, to the Dutch public health agency RIVM, to the Dutch newspaper of record NRC and to the Telegraaf, a tabloidy newspaper. In it, he calls for an end to COVID vaccinations.

Hopefully, they will not react, or they will shoot down the message.

The statements of Schetters in this article are a continuous exercise in deception, lies, and fantasy. He lies about the contents of the CBS/RIVM report on excess mortality, he suggests a causal relation in a graph which he should know there’s not, he mentions fraudulent research, and he comes with far-fetched theories which have no grounding in reality.

Lastly, his call to end COVID vaccinations strongly reminds of Andrew Wakefield’s fateful call to end vaccinating with MMR against measles, mumps and rubella, which subsequently led to a reduction of the vaccination grade to 80% in the UK and to the resurgence of measles as a life-threatening disease.

It’s not only a disgrace that such a man still holds a professorship in a relevant discipline, it is also dangerous, because Schetters can claim authority with that.